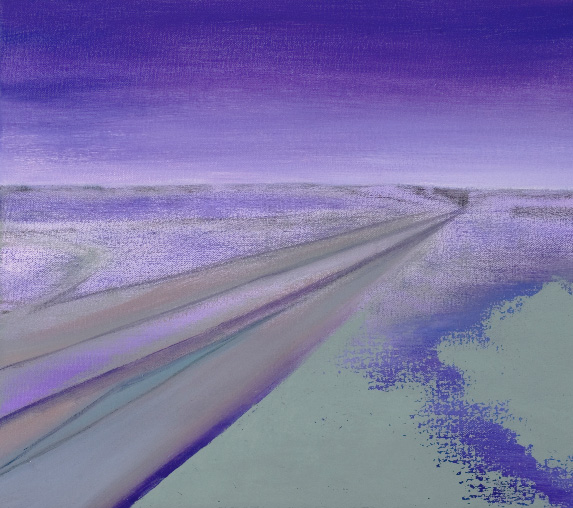 Susan Maakestad was a recipient of a National Endowment for the Art fellowship from Arts Midwest in 1988. She has been a fellow at the MacDowell Colony and the Virginia Center for the Creative Arts. Her work has been included in the national publication “New American Paintings and The Painting Center in New York’s on line Art File. Her watercolors are included in The Drawing Center in New York’s on line Viewing Program. Her work has been exhibited nationally including at Groveland Gallery in Minneapolis; Sazama Gallery, Chicago; Steinway Gallery, Chapel Hill; and The Rockford (IL) Art Museum. Public collections include the Tennessee State Museum and the City of Memphis. She is currently represented by The Rymer Gallery in Nashville.

I have been interested in the abstracted landscape since the early 1990s. I am a native of Illinois, inspired by flat terrain and horizons of the prairie. After moving to Memphis in 1997 I became attracted to the unnoticed marginal spaces in the urban landscape. My most recent body of work marries the urban scene with my geographical roots via views from midwestern traffic cameras.

In January 2008 I began monitoring Milwaukee traffic cameras from my computer. I watched as blizzards emptied the freeways of commuters and softened the geometry, blurring the edges of nature and culture. Empty space filled first with snow and sleet and then with private distractions. “Trafficland” is a series of paintings and drawings based on those webcam images. It is a construction, a vision of the urban landscape mediated by the practical role of traffic cameras and the poetic inclinations of a solitary viewer.