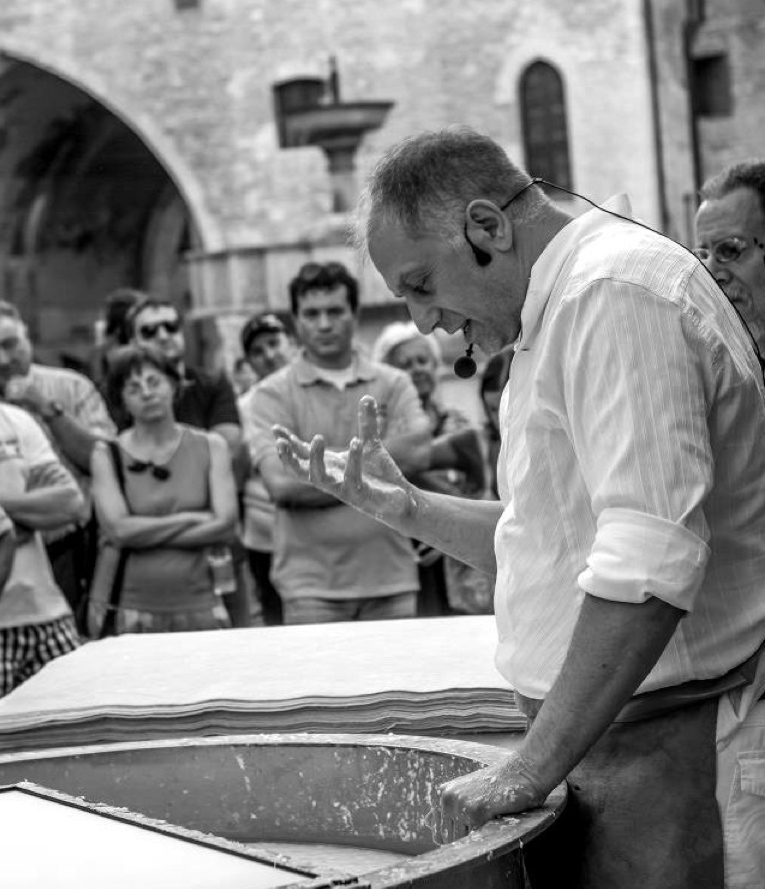 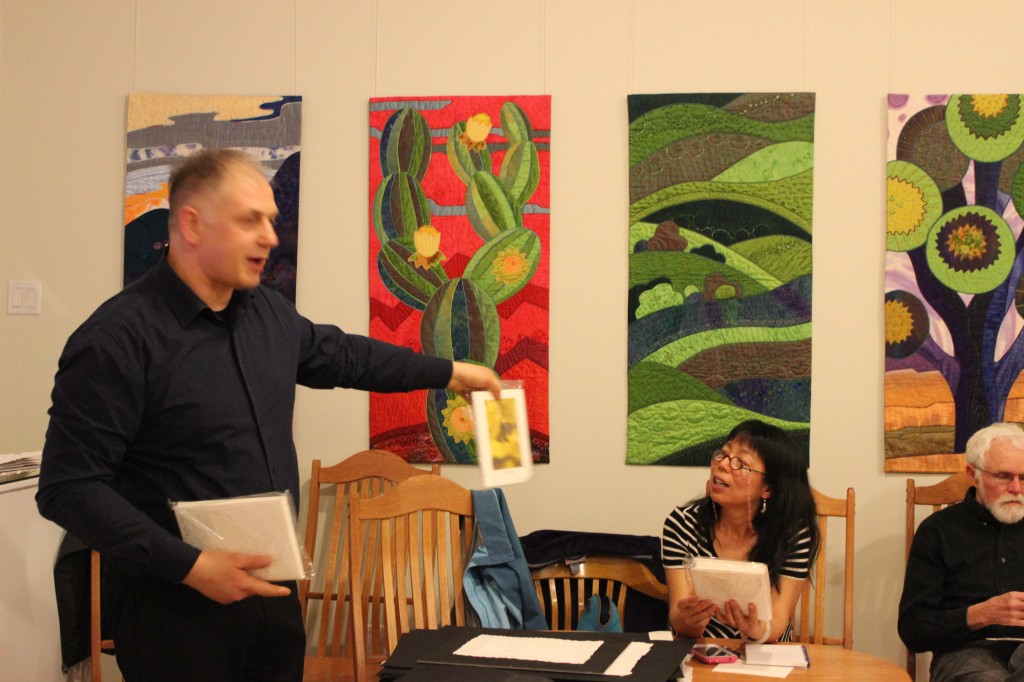 Tiberi’s hometown of Fabriano was designated an UNESCO (United Nations Educational, Scientific and Cultural Organization) Creative City in the area of Crafts and Folk Art along with Paducah in October 2013. As early as the 13th century, Fabriano was one of the first places in Europe to make high-quality paper on an industrial scale. Fabriano’s long standing reputation for fine watermarked paper continues to be highly regarded by today’s artists. Tiberi’s creative installations and workshops made a decisive contribution to Fabriano’s recognition as an UNESCO City of Crafts and Folk Art. His paper installations have been exhibited at the UNESCO headquarters in Paris, France.

Tiberi’s connection to Paducah is a direct result of the UNESCO Creative Cities Network. In June 2014, the City of Fabriano hosted an annual meeting for the designated Cities of Crafts and Folk Art, at which Mary Hammond and Laura Schaumburg of the Paducah Convention & Visitors Bureau represented Paducah. Tiberi’s hope is that this creative connection will eventually result in a collaborative papermaking production operation in Paducah.

During this weeklong residency, Tiberi built personal and professional relationships, collaborated with Paducah artists and experienced the artistic assets of our American UNESCO City of Crafts and Folk Art. He visited the museums and galleries, attended cultural events, and spoke to several arts organizations and classes. Among other creative connections and meetings, Sandro conducted a papermaking workshop with the students at Paducah Tilghman High School.